Sleep has never been more popular… Gone are the days when former Prime Minister Margaret Thatcher boasted about being able to operate on only a few hours a night. Now, research is placing sleep above any other factor, including diet and exercise, in terms of impact on a person’s wellbeing. Not only does sleep deprivation put us at risk of serious medical conditions, including obesity, heart disease and diabetes, it also makes us less productive, less empathetic and less safe at work. It affects our natural body clock, impacting our short-term memory, affects the hormones that make us feel hungry or satisfied – and raises the risk of an early death by up to 12%.

Here Lauren Applebey, from the Healthy Work Company, looks at the impact of lack of sleep on your workforce.

According to The Living Well Index sleep is the most important factor in our wellbeing. For employees to be at their best, to work at their optimum level they need to eat well, be physically active and most importantly get sufficient quality sleep. Sleep deprivation can be dangerous – and costly.

Workers who are fatigued may not only be less efficient but less safe.

In 1986 the Challenger space shuttle exploded just seconds after its January 1986 launch, killing all seven crew members. Whilst with any disaster, causes are multi factorial, it is significant that the decision to launch the shuttle was made by NASA employees who had been awake for over 24 hours.

The Chernobyl nuclear power plant explosion in Ukraine, described as the world’s worst nuclear disaster, involved engineers who had been working for 13 hours or more.

In the case of the Exxon Valdex oil spill, when a supertanker ran aground in Alaska in 1989, destroying wildlife and spilling 258,000 barrels of crude oil in the process, it is alleged the third mate was sleeping at the helm, leaving him unable to turn the boat back into the shipping lanes in time to avoid disaster. The crew had just put in a 22-hour shift loading the oil onto the ship, it was reported.

While we may not all work in places where decisions could have such huge impacts, we still have to consider the consequences of our workers becoming fatigued through sleep deprivation.

There are costs too – to individuals, organisations and the economy – when workers are suffering from fatigue. Workers who are absent because they are exhausted or ill through lack of sleep, and those who come to work tired and sluggish cost the economy £40 billion a year, a recent study found. The research shows that the UK is losing 1.9 per cent of GDP through sleep deprivation.

Sleep deprivation: How much sleep is the right amount?

The average 75-year-old will have spent around 25 years asleep. That’s assuming they had around 8 hours each night. Spending a third of our lives asleep may feel like wasted time – but sleeping allows our bodies and minds to get rest and recovery time, allowing our brains to form and maintain the pathways that let us make new memories. When we are exhausted we can’t respond to things as quickly. In short, sleep is therapy for the brain – and a daily MOT for the body and mind.

With sleep there is no exact science for the perfect amounts, but adults should be aiming for 7-9 hours each night. It is hugely individual, for some people seven hours will be enough, while others will require 9 – but it is only a small minority of people who fall outside of that. According to Vicki Culpin, author of The Business of Sleep, 6 hours is simply not enough. 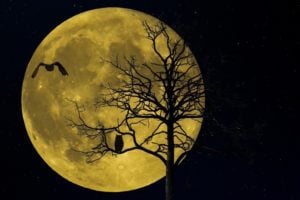 “Humans are great at coping, but there is a big difference between thriving and simply surviving. There seems to be a badge of honour around people saying they have only had 4 hours of sleep. People need to hold a mirror up and say, ‘this makes you an unsafe, unproductive employee’.”.

Speaking at The Health and Wellbeing Conference 2018 Vicki compared a fatigued worker to that of an alcoholic but explained how an organisation may treat the two things very differently.

“If someone’s addiction leads to their reactions to be slower, them to be more tired or displaying poor judgment – how would an organisation deal with it? Would they treat the effects of alcoholism the same as the effects of no sleep? Why does it matter what the cause is, if the effects are the same?”

Quality of sleep is very important and that is where sleep hygiene comes in. Limiting naps, taking care over diet and exercise, avoiding caffeine and other stimulants, ensuring adequate exposure to natural light, having a good bedtime routine and making sure we have a good sleeping environment can all impact the amount and the quality of sleep we get.

Sleep deprivation – when should we go to sleep?

There are two things that help determine when we want to sleep. Our natural body clock – known as the circadian rhythm – and melatonin, a hormone that tells our brains that its time to sleep. It doesn’t necessarily make us sleepy – but tells us that “it’s dark, and it might be a good idea to think about heading off to bed”.

In his best-selling book “Why we sleep” Matthew Walker looks at both of these aspects in detail and, in plain English explains why we need to sleep.

“Everyone generates a circadian rhythm – indeed every living creature with a life span of more than several days generates this natural cycle”.

The circadian rhythm of approximately 24 hours helps determine when we sleep and when we are awake, times preferences for eating and drinking, moods, emotions, metabolic rate and even how much urine we produce.

A part of your hypothalamus (a portion of your brain) controls your circadian rhythm. Outside factors like lightness and darkness can also impact it. The problem is that our lifestyles, travel, jet lag and shift work can make it hard to follow our natural circadian rhythm, which works best when we have regular sleeping and waking patterns.

When we disrupt our natural body clock it can be far harder to concentrate.

Matthew Walker talks about scientific studies looking at how jet lag can place a huge strain on the brain. Looking at cabin crews who frequently fly long haul across time zones – there was a physical shrinking in parts of the brain, especially those relating to learning and memory. Short term memory was also impaired.
Other studies, he says, show far higher rates of cancer and diabetes among shift workers, pilots and cabin crew, than in the general population.

So, rhythm, it seems, is key. But our rhythms are individual – hence the term larks and owls – with larks being “morning people” and “night owls” tending to stay awake later.

As well as our pre-disposition to being a lark or owl, and our circadian rhythm – science also comes into our sleep patterns throughout the sleep cycle. Sleeping has its own cycle with “REM” or rapid eye movement sleep (when we do most of our dreaming) and non-REM sleep, which happens over many stages. REM sleep usually kicks in after the first 90 minutes of sleep and at this stage our brain is almost as active as it is when we are awake.

According to the National Sleep Foundation, REM sleep is believed to benefit learning, memory, and mood. When we want to get a power nap – we should aim to sleep for no longer than 20 minutes to stay in the first stages of sleep, so we should be less groggy when we wake.

As well as workers who spend time working across time zones, shift workers also have to consider the impact their work and sleep routines has on their ability to work productively and safely.

When it comes to working night shifts, extended shifts or changeable shift patterns, The Health and Safety Executive (HSE) has identified undesirable consequences, including disruption to the body clock, fatigue, sleeping difficulties, disturbed appetite and digestion, reliance on sedatives or stimulants, social and domestic problems and other symptoms of ill health.

According to The British Medical Journal, shift working and working extended hours can be a potential psycho-social stress factor. Anxiety and depression indices also point to the likelihood of an adverse effect on mental health from shift work and long working hours.

Shift work disorder can increase the risk of mental health problems like depression. Shift work can also cause certain social issues that decrease wellbeing and happiness. If you work irregular hours, you might eventually feel “out of step” with the people in your family or social network.

Shift design including break times, shift systems, shift patterns, time between shifts and selecting people who are better at particular shifts can be key in ensuring an effective shift management programme. It is also key to ensure that provisions and welfare standards don’t drop for night workers, that they are well supervised and feel safe on their commute.

Dr Michael Farquhar has studied fatigue in the NHS and has revealed some worrying findings which show half of junior doctors having accidents or near misses after night shifts.

“Drs and nurses have to make decisions constantly. There is no autopilot in the NHS” he said.

“We tell doctors and nurses that they are heroes and they start to believe it. They will stay overnight at work in times of heavy snow to make sure they can look after their patients. But they are not superhuman. Their physiology is just as dependent on sleep as their patients’.”

Moving forwards as managers and health and safety professionals, we need to instil better cultures around sleep and fatigue. We need to get rid of the badge of honour that comes with a lack of sleep, and ensure our workers understand how fatigue can impact them physically and mentally.

We all want our workers at their best. We want them to be productive, happy, to feel valued and to find meaning in their work. If we want people to turn up to work at their optimum, we need them to have rested and recovered, to have processed the day before and to be able to focus on the goals of the day ahead.

Lauren Applebey is Training Manager with the Healthy Work Company. 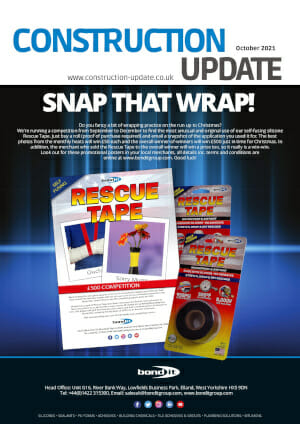